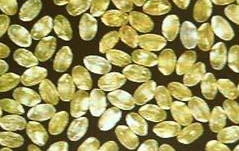 A form of drug resistance whereby some (or, less commonly, all) sub-populations of a microorganism, usually a bacterial species, are able to survive after exposure to one or more antibiotics

The degree of variation of life.

The molecular unit of heredity of a living organism

Variation in alleles of genes, occurs both within and among populations

A discipline of biology, is the science of genes, heredity

The passing of traits to offspring from its parents or ancestor

A change of the nucleotide sequence of the genome of an organism, virus, or extrachromosomal genetic element