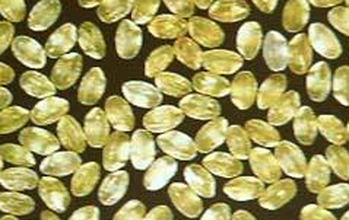 For centuries, the foods we have eaten have been genetically modified. For example, selective breeding has been happening for centuries.

Ever since agriculture was developed in prehistoric times, farmers have tried to improve their crops by selectively growing plants with desirable qualities like improved looks, size, flavour and hardiness.
~ Biotechnology related to GMOs is more hazardous than plant breeding."

Many of the technologies associated with GMOs are proven safe. Additionally, some selective breeding processes pose issues asscoiated with biodiversity and food security.

~ "This technology is not 'natural' and 'chemicals are not natural'"

NaHCO3 is a chemical compound. Is it unsafe? Actually, baking soda is extremely safe. It has been used in cooking applications and is highly regarded as a safe and natural cleaner. Dihydride Monoxide also sounds like a chemical. However, we all know we cannot live without water. These examples try to show that just because something has a 'scientific sounding name' and sounds unfamiliar doesn't make it unsafe.

~ "Food Security won't increase because of this  technology"